Hotel near London Borough of Barnet

Barnet is a borough in North London, it has London’s second highest population density.

The northern part of the borough consists mainly of countryside, while the south is highly populated with suburbs such as Cricklewood, Hendon, Colindale and Child’s Hill. These London suburbs have grown around the Northern Line of the London’s underground. They all have easy access to central London.

Some of the must see sights in Barnet are Hendon Aerodrome and Royal Airforce Museum, Kenwood House, Harrow Museum and Heritage Centre, Tate Modern and Hamstead Heath to name just a few.

There are dozens of pubs, clubs and restaurants to entertain everyone’s tastes.

Hotel near London Borough of Brent

Brent is a Borough of North West London. It is predominantly known for the well known area of Wembley which is home to Wembley Stadium and Arena.

Wembley Stadium is the second largest in Europe with a capacity of 105,000.

Wembley Arena is one of England’s largest arenas located opposite to the stadium, it plays host to world famous concerts.

The next most well-known landmark in the borough is the BAPS Shri Swaminarayan Mandir (Neasden Temple), this is the largest Hindu Temple outside of India. This temple is symbolic of the large Hindu population in the area.

There are many more attractions in the Borough of Brent such as Queen’s Park Farmers market, Roundwood Park and the Tricyle Theatre.

This unique Borough of London has so much to offer people no matter what their interests are.

Hotel near London Borough of Camden

The London Borough of Camden is found in inner London with neighbouring areas including the City of Westminster, Brent, Barnet and London City itself.

This borough has excellent transport facilities with bus routes connecting it to all other London Boroughs, fourteen train stations including St Pancras International which is home to the Eurostar and the high speed train which connects to Paris and Brussels via the Channel tunnel. It is also serviced by London’s underground with stations located throughout the borough.

Camden is brimming with things to do and see. There are numerous attractions to suit everyone’s interests. Some of Camden’s best known attractions include Regent Park which is home to London Zoo, numerous playgrounds and ponds. Another must see park is Hamstead Heath which contains a number of ponds used for swimming by residents and visitors alike. London’s borough of Camden attracts theatre lovers with the Bloomsbury theatre, Shaftsbury theatre and the Dominion theatre. A visit to Camden wouldn’t be complete without stopping at one of London’s most vibrant markets, Camden Market. This huge market is made up of four separate markets in Camden town and attracts approximately half a million visitors each week.

At Brent Cross whether it’s fashion or food you are looking for you will be sure to find something that is just for you. 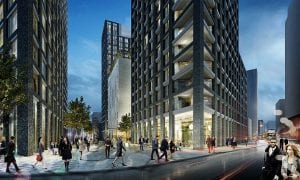 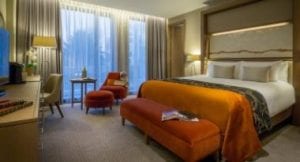 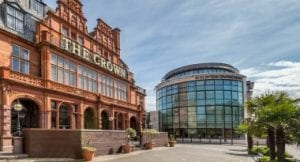